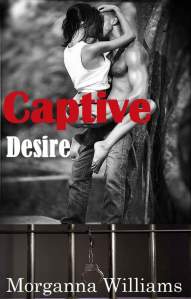 Blurb:
Jack and Morganna are at it again, tag teaming up a set of stories for you!In our first tale, Laurel McGovern is a timid woman who’s been raised by her overbearing uncle, Albert. Even as an adult, he kept her under thumb, working for him and living in one of his buildings. But all of that is about to change…Mark is used to having his way with women. When one catches his off-guard and ties him up, a mixture of anger and lust form inside of him. He needs his mystery Goddess, in many more ways than he can explain. What happens when he discovers the timid waif Laurel is his fierce Goddess?For our second story, we find ourselves in New York, circa 1962, following the Lust demon Roxanne yet again. Her master, Beelzebub has sent her here with one task in mind – to execute the assassination of JFK. Now what she does as long as that task is performed is up to her.With New York and Dallas as her playgrounds, Roxanne rediscovers the humanity inside of her that one Captain Argus Fletcher helped cultivate centuries prior. Will Roxanne submit to her master’s will? Or will she find the inner strength that’s always been just beneath the surface. Red With Lust answers all these questions, and more!*Publisher note – Captive Desire is a re-mastered edition of a web story first published on author’s blog. This book contains spanking of adult women and sexual situations, if this offends you do not buy this book.
Excerpt:

Laurel came to slowly, confusion marring her features as she tried to understand the pressure on her arms and the fogginess in her head.She looked up to see her hands caught in fuzzy cuffs above her head, strong arms held her so that she didn’t strain her arms before she got her feet.“Wh…what?”A low chuckle rumbled in her ear, “Turn about is fair play … don’t you think, Goddess?”Her sharp intake of breath and the stiffening of her spine were the only indications that she’d heard him.He knew!Laurel straightened her legs; surprised to find that she could easily hold the position he’d placed her in on her own. Her arms stretched comfortably above her head, the fur lined cuffs caught on some sort of hook placed halfway up her wall.“How did you know?” she was unable to keep herself from asking.He placed a kiss on the nape of her neck before straightening to stand a little apart from her.“How could I not? Your smell … your taste it’s all I can think about. My body recognized yours the minute you leaned across me to pour tea.”Her heart pounded as she licked suddenly dry lips, “What are you going to do to me?”Mark walked in front of her, looking down into her eyes with a wicked grin, “Exactly what I promised, Goddess … what did you think?”She shuddered delicately at the images his words evoked…how could she forget his promise?  It had haunted all her dreams since that night.“I didn’t hurt you!” she yelled a little desperately.“And I’m not going to hurt you,” he replied, running a teasing finger down her throat, past where her pulse beat madly, down to the first button of her shirt.Laurel gasped as he undid each button with a flick of his fingers. In a panic she began to pull at her bonds, suddenly desperate to be free before he used those wicked fingers in more tender spots.Somehow she knew if he took her here tonight, she would forever be changed. Marked … a captive of her own desire.“Shhhhhh … don’t fight me, Goddess, you want this as much as I do.”Laurel whimpered low in her throat as she acknowledged to herself that it was true. She did want this … more than air.He watched as she accepted her fate – and his.Her shirt hung open in the front, revealing a tight white sports bra that seemed to be doing its best to smash her flat.Mark frowned and grabbed the scissors he’d left on the vanity. “No … don’t!” she protested the destruction of her clothing.“I should burn the entire outfit,” he said, as he cut the clothes from her body with relish. Her breasts sprang free from the confining cotton, raw angry red lines beneath and above them told the tale of the price she paid to hide her figure.He frowned anew and pressed gentle kisses to each red spot. “Don’t ever do that to yourself again,” he admonished, as he kissed her better.“Uncle Albert says that it’s unladylike to bounce,” she offered in way of explanation.“Uncle Albert is an ass.”Laurel bit her lip as she watched Mark, suddenly unsure of his mood.A few snips of the scissors later, she stood naked before him once more. He ran his hands up the back of her legs, skimming them across her buttocks, her back then her neck, before losing themselves in the tight knot of hair on the back of her head.Soon, he was tossing pin after pin over his shoulder until her wild mane of hair spilled free around her shoulders and down her back. She purred like a kitten as his fingers massaged her tender scalp. It was such a relief to have the heavy weight of her hair released.“That dreadful bun is a thing of the past as well.”Laurel decided to play along, “Yes master.”He laughed and kissed her deeply before pulling away again, “Careful … I could get to like that.”“You wish,” she said smartly, only to end on a gasp as he caught one nipple between his teeth and worried it with his tongue. Mercilessly he worked the ever tightening bud before sucking it deep and hard into his mouth.Laurel could only hang onto her bonds as the delicious torment sent shudder after shudder of sensation through her.Mark gave the other nipple the same treatment before kissing his way down her stomach and lifting her legs over his shoulders.Laurel jerked suddenly as she realized his intent, “No!”He laughed, “Yes! What’s good for the goose is good for the gander, but even better for the goose.”He showed her just how good for the goose it could be in mere seconds, wringing more of those little gasping sounds from her that he so loved. She couldn’t believe how good it felt to have his firm tongue sliding around her delicate folds then zeroing in on her swollen clit.Taking the little nub firmly between his lips and sucking it hard, the sensation was so intense it was almost too much for her.When she would have pulled away from his maddening tongue, his hands cupped her bottom and held fast. Mark didn’t let her go until she shuddered against him with a faint scream. As she began to contract against his lips he sank his tongue deep inside her pulsing channel eager to swallow every drop of her desire,Then as her orgasm subsided he lifted his hand from where it cupped her bottom and brought it back with a resounding smack.