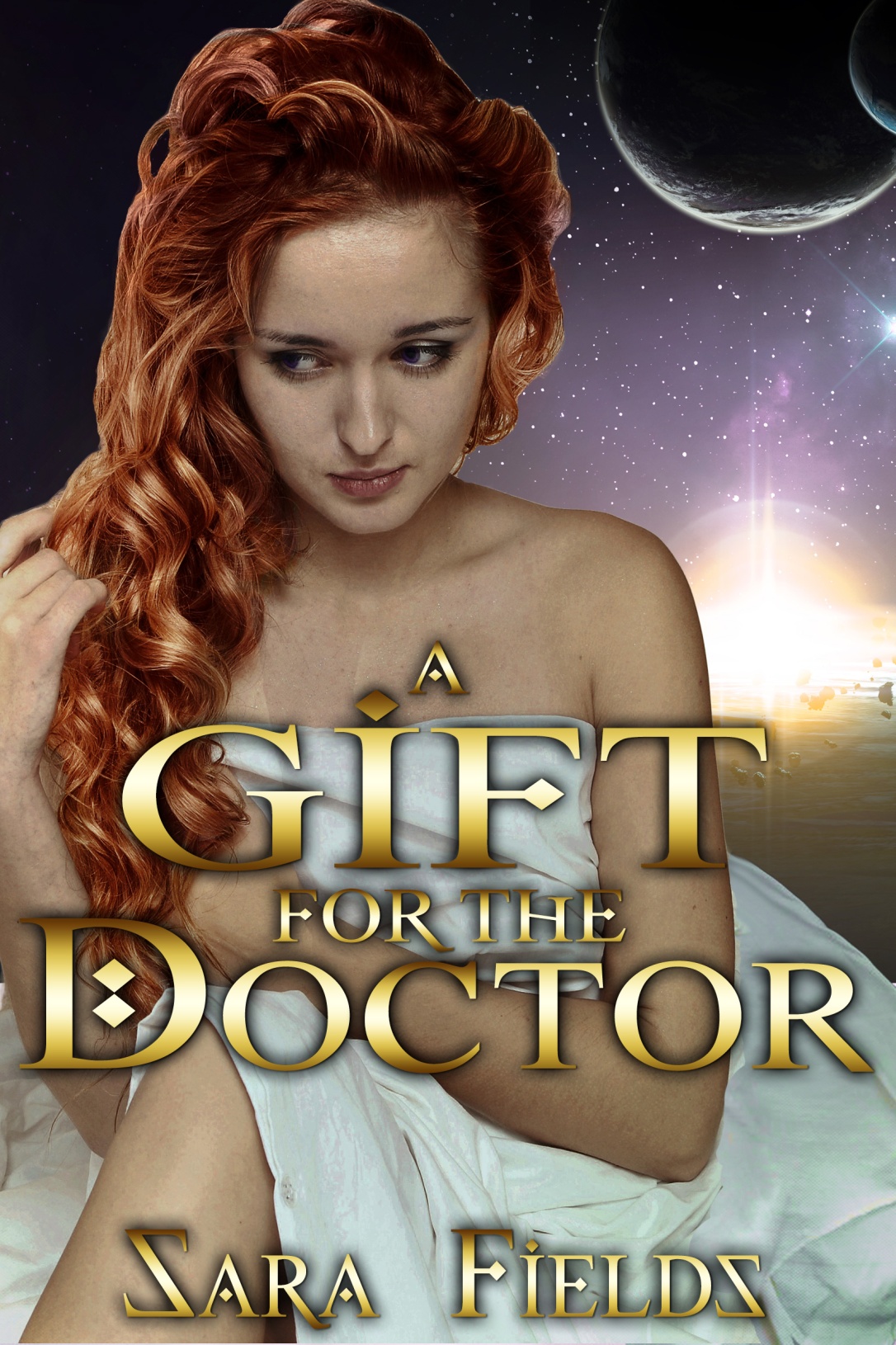 After allowing herself to be taken captive in order to save her friends, Morgana awakens to find herself naked, bound, and at the mercy of a handsome doctor named Kade. She cannot hide her helpless arousal as her captor takes his time thoroughly examining her bare body, but when she disobeys him she quickly discovers that defiance will earn her a sound spanking.

His stern chastisement and bold dominance awaken desires within her that she never knew existed, but Morgana is shocked when she learns the truth about Kade. As a powerful shifter and the alpha of his pack, he has been ordered by the evil lord who took Morgana prisoner to claim her and sire children with her in order to combine the strength of their two bloodlines.

Kade’s true loyalties lie with the rebels seeking to overthrow the tyrant, however, and he has his own reasons for desiring Morgana as his mate. Though submitting to a dominant alpha does not come easily to a woman who was once her kingdom’s most powerful sorceress, Kade’s masterful lovemaking is unlike anything she has experienced before, and soon enough she is aching for his touch. But with civil war on the verge of engulfing the capital, will Morgana be torn from the arms of the man she loves or will she stand and fight at his side no matter the cost?

She had never submitted to anyone in her life, and wasn’t about to. Raising her chin with as much attitude as she could muster, she glared back at him. She was the king’s sorceress, a woman to be respected and revered. Her station had made sure she was always taken care of and never wanted for anything.

There was no way in hell she’d bow down to this arrogant doctor. Not today, and not any other day.

“Don’t you dare lay a hand on me. I am Morgana, sorceress to King Dante, and you will respect me. I am not a force to be trifled with,” she said, her voice strong and unafraid as she challenged him.

Kade simply moved closer to her, his body towering over hers. He put his hands on the table on either side of her and leaned in toward her face, a dangerous smirk playing at his lips. She leaned backwards, trying to keep a respectable distance between the two of them, despite the events that had just occurred between them on that very table.

“Are you trying to test me, little girl?”

Morgana kept silent, staring him down. She wasn’t about to back down to him, not to anyone. No matter what happened, her pride was at stake.

Kade pushed his hands off the table and backed a step away from her. At first she thought she had won, but the words that came out of his mouth next had her legs feeling like jelly.

“Get up.” “What?” she answered, her voice faltering. “Get up off the table. Don’t make me say it again,” he ordered, placing a hand firmly on

her shoulder. “Don’t touch me!” she yelled back, trying to pull herself out of his grasp. He sighed at her defiance, and before she knew it, he had lifted her off the table and sat

down in her place. It all happened so fast that she had no time to react as he put her face down over his knees. His left hand gripped her hips, and his leg snaked over hers so that she was effectively restrained without a chance of escaping. She couldn’t even kick her legs.

Whipping back her head, she tried in vain to push herself off of him. Feeling entirely vulnerable at this unexpected position, she recognized how bare and how completely unprotected her sensitive nether cheeks were. She jolted at his touch when he placed his hand on her bottom. Gasping, she realized just how large his hands were, covering what felt like the entirety of one of her cheeks. Suddenly, she was very nervous at her decision to test his patience and bordered on regretting it altogether.

“Now. Are you ready to listen to me?” “I can’t believe the nerve…”

A Gift for the Doctor

2 thoughts on “Sara Fields is visiting with a hot snippet from her new book A Gift for the Doctor and Morgana is getting spanked! What!?!”