Blurb:
Nineteen-year-old Maggie Treenan, the youngest daughter of a human mother and a Ramelian commander, is certain that her brothers’ best friend, Jackson Marks, is destined to be her mate. Unfortunately for Maggie, however, Jackson sees her as nothing more than a sweet but silly girl, and when she throws herself at him to convince him otherwise she only manages to earn herself a stern scolding and a painful, embarrassing bare-bottom spanking.

To make matters worse, his chastisement triggers her mating fever just before he leaves Earth to return to his post with the Ramelian Guard. Heartbroken and overwhelmed by her unmet need for the man her body knows full well is her mate, Maggie spends the next eight years running a biker bar, riding motorcycles, and doing her best to forget about Jackson.

When he returns to Earth at last, it doesn’t take long for Jackson to figure out what has happened. Realizing how difficult it must have been for Maggie to live for all those years with the fierce, inescapable lusts of her mating heat—lusts that only he can quench—he sets out to claim her properly and make things right as soon as possible.

But Maggie has grown into a feisty, headstrong woman, and Jackson soon realizes that taming her is going to be no easy task. He will need to be loving, but he will also need to be firm, even when that means punishing her thoroughly for her stubbornness. Will his rebellious mate learn to submit, or will she find herself spending most of her time with blushing cheeks and a bottom that is sore both inside and out? 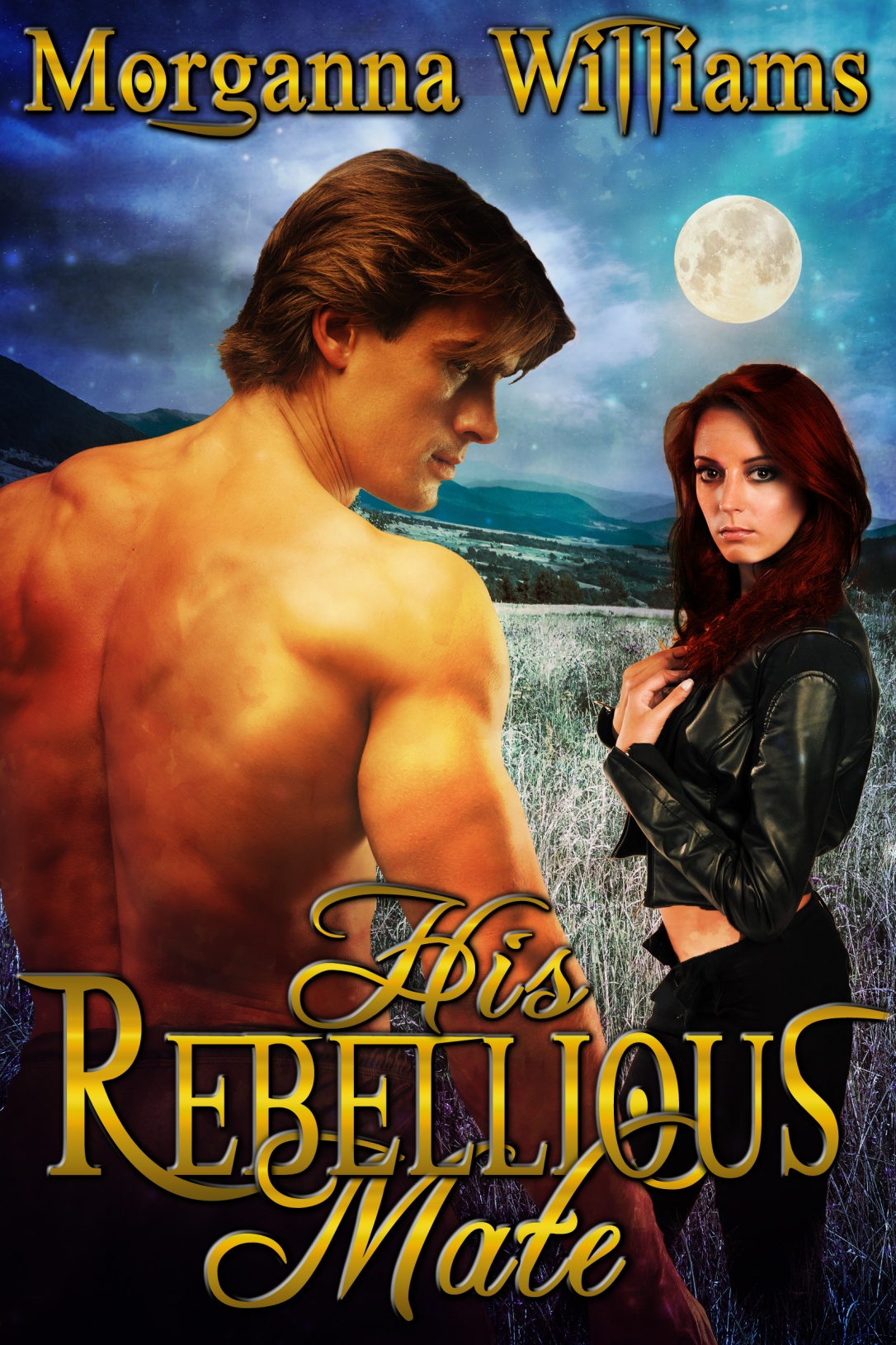 “Mandavalian spice root. It works a little like ginger on earth. A good spice added to food but also a good way to punish a naughty little mate,” he explained as he pulled a knife from his pocket and peeling away the outer skin until he was left with a long, fat, phallus-like purple root.

“What are you planning to do with that?” Maggie asked warily.

“I’m not going to do anything. You are,” Jackson told her as he moved a chair to the foot of the bed and beckoned her to him.

She frowned in confusion. “What do you mean?”

Maggie felt her face flush hotly and moisture welled again between her thighs as she remembered what she’d read about ginger and the practice of figging on Earth. She licked her lips. “But that will burn.”

“How long will I have to…” she asked. waving a hand nervously in the air.

“Until you come,” he said succinctly.

Her eyes sprang wide; he couldn’t be serious! “Jackson, I…”

“Come here, Magpie.” His firm tone brooked no argument. She got out of bed and walked around to the foot to stand in front of him. “I want you to lie down right here,” he said, showing her exactly where he wanted her.

Another hot flush of embarrassment filled her neck and face as she realized he intended for her to lie on her back with her thighs spread wide while she serviced herself with the thick root as he watched it from a seat positioned between her spread legs. He would see everything!

Once she was on the bed in the position he’d requested, Jackson handed her the root and took his seat.

Maggie sighed as she looked at him. Her clit was throbbing with need again and her pulsing channel ached to be filled. Taking a deep breath, she put the thick bulbous head of the root against her opening and pushed it inside.

She was so wet that it slid all the way inside in one long, easy stroke, filling her hot channel almost to the hilt. Her hips rocked up involuntarily. The cool, smooth root felt so good but she needed movement. Her sheath tightened around the root as she began to pull it out and a little bit of the oil began to seep into her tender tissues. “Oooh! It burns!” she protested.

“Don’t stop, Maggie, you stop and I’ll spank you hard and you can start again with an even hotter bottom,” he said sternly.

She gave a little whimpering moan as she obeyed and slid it back inside. Soon she was working it in and out in an almost punishing rhythm. It burned badly but it also felt good, and she was lost in a world of heat, burning pain, pleasure, and rampant need.

“Oooh… I, ooohhh…” she moaned and rocked her hips up and down to meet every thrust of the thick root. It burned more and more, but it left her wanting it harder and harder at the same time. If Jackson had told her to stop at this moment, she wouldn’t have been able to.

Then she was coming hard and she started to pull it out but then Jackson was there, taking the root away from her hands and working it back inside her still spasming sheath. “Not yet, baby, I want you to come again for me.”

“I don’t think I can… oohhh… it’s so hot… Jackson, please,” she wailed and moaned as he began thrusting it in and out of her harder than she’d been able to do.

He worked it hard and fast. “Pinch your clit,” he commanded, watching as Maggie did and an even stronger orgasm broke through her.

Maggie came screaming his name and bucking her hips as she wailed out her pleasure. The orgasm seemed to go on and on… it was never-ending. Jackson continued thrusting the root in and out of her until he was sure he’d coaxed every bit of pleasure he could from her.

Then the root was gone but the burning sensation remained. It made her uncomfortable but also made her wet with need. She laid in an abandoned sprawl, her legs still spread lewdly, but she didn’t have the will to move her jelly-like muscles yet.

“Almost done with your punishment, my sweet,” he said ominously as he reached between her spread thighs and pulled her labia wide apart.

“Now I’m going to spank this naughty clit of yours,” Jackson told her with a slight smile.

“No!” Maggie half tried to sit up but found herself unable to with his arm on her stomach so his hand could spread her nether lips for his sensual punishment.

Her clit throbbed with heat, a combination of Mandavalian spice root and helpless arousal; the way he held her labia open also stretched her vaginal opening, emphasizing its current emptiness.

“It was your naughty clit that got you into trouble, wasn’t it?” he asked with a raised brow.

Maggie whimpered, helplessly appalled and embarrassed by the conversation he was trying to hold with her spread so wide for his inspection but also so ridiculously turned on, she could feel a fresh burst of wetness leaking down her ass. Her traitorous clit throbbed even harder in response to his words, eagerly seeking any sort of stimulation.

He delivered a sharp swat to her clit, making her suck in air as the biting sting emphasized the heat on her poor little nubbin. “Answer me, Maggie. Didn’t your naughty little clit get you into trouble today?”

“What should I do about it?” he asked.

She moaned hoarsely, knowing exactly what he wanted. “Please spank my naughty clit.”