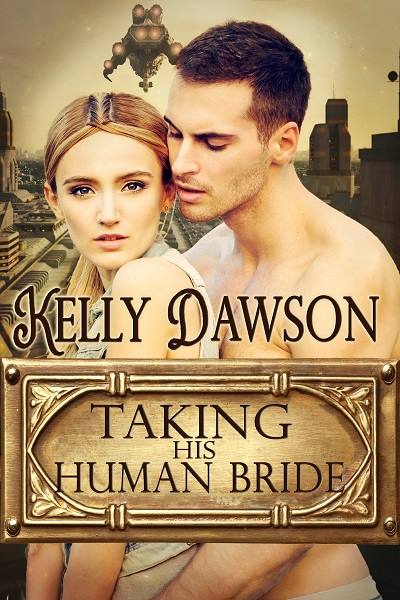 Less than a day after two gruff military officers detain her and escort her to a government facility, Melissa Malone finds herself leaving the planet on a newly-built spacecraft heading for one of the moons of Jupiter. Unknown to most of the world, an asteroid is hurtling toward Earth and, due to her unrivaled computer skills, Melissa is one of a select group of people chosen to rebuild civilization should humanity prove unable to avert the approaching cataclysm.

Melissa’s situation rapidly goes from bad to much worse when the ship is attacked and the crew is easily overcome by what she can only assume are aliens. Melissa is taken captive along with everyone else, but while the others are to be sold as slaves, she quickly discovers that her captors have special plans for her. She is promptly stripped naked for an intimate, incredibly humiliating medical examination, and when she fails to do as she is told during the shameful procedure she is punished thoroughly, leaving much more than just her bare bottom burning hot and sore. Once she is deemed suitable, Melissa is given as a bride to a powerful officer named Damian.

Though she is horrified by the prospect of being taken as a wife by a man who makes it clear that he will expect her absolute submission and will sternly punish any defiance, Melissa soon learns that Damian has laid claim to her for a reason. He is on a mission, sent by the leaders of his world to infiltrate and bring to justice the band of renegades who took her captive… and he needs her help.

Despite her fury at Damian’s willingness to compel her obedience with a firm hand applied to her bare bottom, she cannot help delighting in the way her body responds to his touch, and his skillful, dominant lovemaking brings her to heights of passion she never imagined possible. But when the time comes for her to put her abilities to the test with the fate of the Earth on the line, can she outwit a rogue computer expert and prove that Damian’s trust in her was well placed?

Immediately, the man who had stopped her escape moved forward and tore her outer garments from her in a series of swift motions. She fought him crazily as she stood there in her underwear, but he simply held her wrists in one hand and used a small knife to slice her bra and knickers from her. Melissa screamed and clutched her hands in front of her, desperate to preserve her modesty. She tried grabbing at her ruined clothes, but Lucas held them out of reach. And still, Damian didn’t come to her aid.

“Up onto the examination table.”

Melissa was frozen in place, unable to even shake her head in refusal, her whole body trembling. Her legs were like jelly—she couldn’t have obeyed even if she wanted to.

Smack! Lucas’ hand came crashing down against her bare bottom with such force that she was propelled forward towards the table. She was too shocked to react. When she didn’t immediately comply, he smacked her again, even harder.

“I have every right.” He whacked her twice more, once on each cheek, each smack landing with a resounding crack that echoed around the small room.

Forgetting about modesty, her hands flew to her backside in a futile attempt to rub out the sting. Her bottom was burning!

“Get up on the examination table,” the chief medical examiner ordered her again. “If you don’t, I will have Lucas cane you. And then you will get up on it anyway.”

“I… I can’t,” she pleaded, stuttering. “My legs… they won’t work.” She dissolved into hot tears of humiliation and frustration, wiping at them with the back of her hand, but unable to stem the flow of them.

“Here, let me help you,” Lucas said, taking her arm. He led her to the edge of the table, then lifted her effortlessly up onto it, laying her on her back. He lifted her feet up and secured them in stirrups, strapped her wrists in leather cuffs that hung above her head, and buckled a stiff leather belt over her abdomen, holding her down and rendering her completely immobile.

Wowzers, that was a hot excerpt indeed! I’ve got my coy, grab yours below. You know you want to. Happy reading! ~Morganna

Kelly Dawson loves anything to do with horses, rodeos and cowboys, and loves to get lost in a good book – preferably one containing spanking!

A life-long closet-spanko, Kelly started writing spanking stories on every spare scrap of paper in the house as a child. So when she discovered the internet and spanking romance along with it, she was most excited. But it took her a good decade of devouring these stories before she got up the courage to submit her own. And now, here she is, 5 books later, with a plethora of ideas still to write!

She lives literally at the bottom of the world in the South Island of New Zealand, with her husband, four kids, a dog and a cat.

2 thoughts on “Kelly Dawson is here to talk about Taking His Human Bride!”