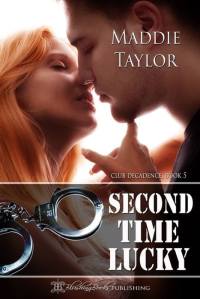 H is for Hedonism

1.   the pursuit of pleasure; sensual self-indulgence.

He didn’t make her wait more than the time it took to release himself and slick the smooth head through her wetness. Then he was inside her, driving deep. Their exhales and bliss-filled groans were in harmony as he bottomed out. Closing his eyes, he lingered for a second, before grinding his hips thereby stimulating her clit and putting pressure on the plug. Stretched and filled beyond what she thought possible, she didn’t think she could bear more. Then he withdrew slowly and surged back inside. Her fingers gripped the chains, digging in and struggling for control. When she though she found it, he moved again. In long strokes, he drove into her, his hands wrapped around her thighs to hold the swing stationary.

“How does it feel, baby, taking my cock with a plugged ass?”

“G-glorious, but it’s almost too m-much.” Her halting speech intermingled with loud pants and moans syncopated his thrusts.

He let loose of her legs and let the sling work for him. As it swung away, she lost his thickness, when it returned, he plowed her full. He repeated this with timing and precision until she was crying out her need. At last, he ceased the mind-numbing yet agonizing torture and clamped her down, holding her in place while plunging into her. She came a split second before he roared his completion.

As she came down and her senses returned, she reveled in the weight of his body against her chest, the caress of his lips along her throat and the thud of his strong heart beat against her breast. Although she heard the rush of his breath in her ear, she began to notice the sounds of the others in the room. Cries of passion mixed with swishes and slaps, feminine cries rose above the deep masculine groans, and a play list of Led Zeppelin, Stone Temple Pilots and Nirvana—Sean’s music of choice—played in the background.

“Still nervous about being watched, nightingale?”

“No, they couldn’t care less what we were doing.”

He chuckled. “Probably not. Tonight these hedonists are more interested in seeking their own pleasure than gawking as others find theirs. Though I can’t say that will always be the case. Sometimes they like to watch.”

From an early age, Mara Westbrook has led a troubled life. With no one to trust or rely on, she meets a breathtakingly handsome soldier on her ward at Walter Reed. He captures her eye and makes her yearn for things she never thought possible, not for a girl like her. Can she move beyond the traumatic secrets of her past and risk giving love a try?

Injured and in pain, the only light in Master Sergeant Sean O’Brien’s dark days is his night nurse, his blonde haired, green eyed, deliciously curvy, modern day nightingale. Seeing her in those tight scrubs, tending to him and his fellow soldiers with her sweet, yet sexy smile eases the pain in his throbbing leg. Unfortunately, it shifts the ache about six inches higher. He sets out to make her his own, to earn her trust, her love and in the end her ultimate submission.

They come together beautifully with Sean teaching her the wicked and wonderful ways of a D/s lifestyle. Mara blossoms under his sensual domination and his firm but loving discipline, but her past won’t let her be. Relentlessly pursuing her and threatening her idyllic life with Sean. To protect what she holds dear, she does unspeakable things leading to more secrets, lies and betrayal. She runs as she always does.

When Mara unwittingly becomes the key witness to events that will finally bring down the Mendoza Cartel, Sean and the Rossi team step in to keep her safe. As her handler, Sean must protect her with his life and Mara must obey him in order to survive. Thrown together under impossible circumstances, Sean learns the awful truth of her past and realizes that despite it all, he still loves her. But can he forgive the lies? And will Mara be able to live under Sean’s stringent rules, learning to trust and submit fully to the only man she’s ever loved?

I’m in the middle of reading Second Time Lucky as I write this post and believe me I didn’t want to put it down! Do like I did and one-click now! Happy reading!~Morganna

Don’t forget to visit the other blogs in the Spanking A-Z Challenge!

2 thoughts on “H is for Hedonism-Maddie Taylor is here with a hedonistic exerpt from Second Time Lucky!”